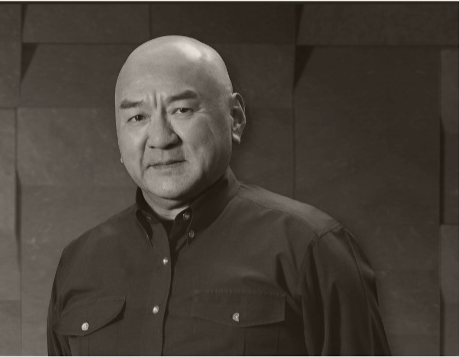 Samuel (Yen-Liang) Yin, founder of the Tang Prize, is currently chairman of Ruentex Group and chief development officer, chief technology officer, and chief engineer of Ruentex Construction Group. He is an adjunct professor in the Department of Civil Engineering, National Taiwan University, and a professor at Beijing University, where he advises PhD students.

In addition to his academic background spanning the humanities and business administration, Yin's great interest in and devotion to interdisciplinary studies have made him an award-winning civil engineer and educator. Over the past decades, he has dedicated himself to re-thinking traditional construction methods and developing comprehensive building construction technologies. His leadership at the head of the Ruentex Group has given the group a technological and competitive edge, and has also garnered for Taiwan international recognition in the construction technology field.

Yin’s advances have won him numerous accolades and awards, including the Public Construction Professional Medal, the National Invention Award, and the Outstanding Contribution to Earthquake Engineering award from institutional and governmental entities in Taiwan. On the international stage, he was recognized with the Henry L. Michel Award for Industry Advancement of Research by the American Society of Civil Engineers in 2010 and the Engineering Glory Award and Engineering Prowess Award by the Russian Academy of Engineering in 2008 and 2010, respectively. In 2015, he received the Outstanding Technology Innovation Professional Achievement Award from the Chinese American Academic & Professional Society (CAAPS) in recognition of his engineering contributions.

Driven by a firm belief that he should give back to the society that has enabled him to achieve so much, Yin has long invested in philanthropy and education in hopes of creating a positive force in society and building a better world. In 1989, Yin established the Kwang-Hua Education Foundation to support China's higher education programs. He has subsequently established a number of institutions and foundations to serve the people on both sides of the Taiwan Strait and to train more talented professionals; such works include the Yin Xun-Ruo Educational Foundation, the Yin Shu-Tien Medical Foundation, the Kwang-Hua Education Foundation, and the Guanghua School of Management at Peking University.

In 2012, Yin founded an international-level award, the Tang Prize, to realize his philanthropic goals on the world stage. The Tang Prize rewards outstanding contributions in the areas of Sustainable Development, Biopharmaceutical Science, Sinology, and Rule of Law. By founding such a prize, Yin hopes to encourage the world’s best and brightest, regardless of nationality and ethnicity, to dedicate themselves to innovative work in these fields, to spur development, to bring about positive change to the global community, and to create a brighter future for all humanity.